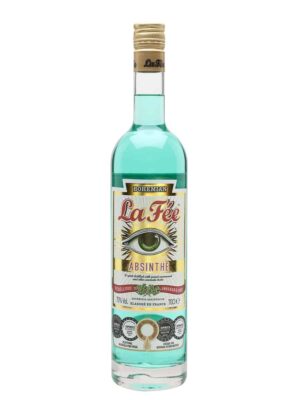 Bohemian Absinthe has been produced since the 1920s, shortly after the ban on absinthe was imposed in France and throughout much of the the world. There are references to Bohemian absinthe in Czech literature of the period, and the spirit still exists in the memories of the old locals. In fact, the drink was extremely popular, thriving in the 1940s. Rationing during the Second World War was based on the volume of liquid, rather than the strength of alcohol and it wasn’t long before people realized that to multiply the effect of rationing, they could buy absinth and simply water it down. But the green fairy’s success in Bohemia was short-lived. After the war the new communist regime commandeered all businesses and by the 1950s official production had ceased. During this time, Bohemian absinthe producers ran a covert operation so as to remain undetected by the Communist Government, with absinthe being produced illegally to meet demand. However in 1989 the ‘Velvet Revolution’  led to the freeing up of private enterprise, and these days Bohemian Absinth is available worldwide.

La Fée Bohemian Absinthe re-creates the traditional Bohemian drink that was produced in the 1920s, with subtle herbal undertones of fennel, mint and rather less aniseed than that absinthe produced in France at the end of the 19th Century. Bohemian tastes have always meant that less anise is used in the drink’s production, and explains why Bohemian Absinthe does not turn milky (‘louche’) when water is added.

Whereas the heavy aniseed flavour of La Fée Parisian Absinthe is often not suitable for use in cocktails, La Fée Bohemian Absinthe has a refined subtlety, whose distinctive flavour is a mixologists dream. In the bars & clubs of Prague, the drink is prepared by burning a small amount of absinth soaked sugar on a spoon, which you then stir into your glass of absinthe and douse with water (1-2 parts water to absinth). 70% Alc./Vol.

Appearance: Brilliantly clear, no separation, floaters, pools of oil, etc. Blue-green tint to it. On swirling, leaves a thin coat on the glass with scalloping edge and very thin legs developing. Louche action is negligible as expected – kind of a glow rather than a louche in this case.

Taste: Whew! Almost frosty aromatics to this one. Heavy menthol and fennel blast then slightly drying finish. Sugared and watered down to the appropriate level, it takes more like a mentholated liqueur.